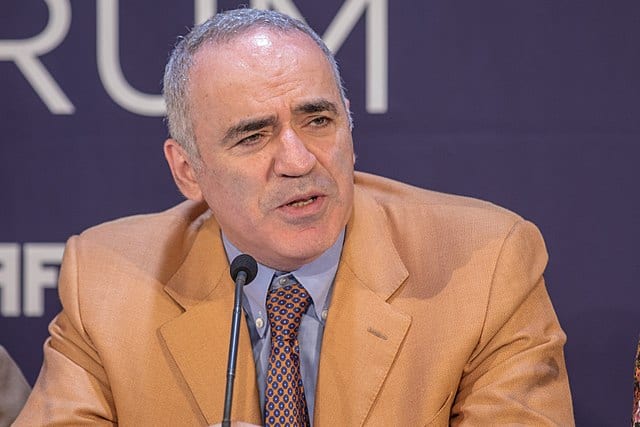 Welcome to week 2 of the brand new series “Week in Review” where I will break down the latest happenings in the chess world. There’s been a ton of exciting chess news this past week so let’s jump straight in.

The biggest chess event of the year is back! The Candidates Tournament is a very special tournament where 8 of the worlds best players battle to see who gets to challenge reigning World Champion Magnus Carlsen for his crown. Moreover, the challenger is guaranteed at least $400,000!

Originally scheduled in March, the tournament was postponed halfway due to Russia’s coronavirus travel restrictions. The second half will most likely be held in Yekaterinburg, Russia, but a backup spot in Tbilisi, Georgia is reserved just in case the pandemic is still raging in Russia.

Watch it live on Chess.com TV or Chess24 (links to be added when available).

2. Garry Kasparov is back!

Former World Champion Garry Kasparov is playing in the Chess9XL tournament on Chess.com. It’s always big news when Kasparov makes an appearance as he has played in only a handful of tournaments since his retirement.

He is doing fairly well but did have an unfortunate mouse slip in Round 4 🙁 that spoiled a winning position.

The St. Louis Chess Club is hosting the Chess9XL tournament from September 11-13. Some of the strongest chess players including Magnus Carlsen and Fabiano Caruana are playing for a prize fund of $150,000.

The current leader of the tournament is Levon Aronian, with Magnus trailing a half-point behind. For games and analysis check out Chess.com’s coverage of the event.

The legendary PogChamps 2 tournament has concluded this week with infamous Twitch streamer “itsHafu” winning it all. The tournament came down to a scintillating finale rife with blunders, comebacks, excellent technique, and fireworks across the board.

The PogChamps is an online Chess.com tournament where the biggest Twitch streamers battle for supremacy on the board (and for a $50,000 prize pool). For those who don’t know, “POG” means “play of the game” – i.e. referring to a player that played extremely well in the match.

The POGchamps aren’t known for their high-level play but are rather an innovative way to spark viewers interest in chess. It seems to have worked and the number of new chess lovers is insane.

Know about any other big chess news events? Let me know in the comments below.