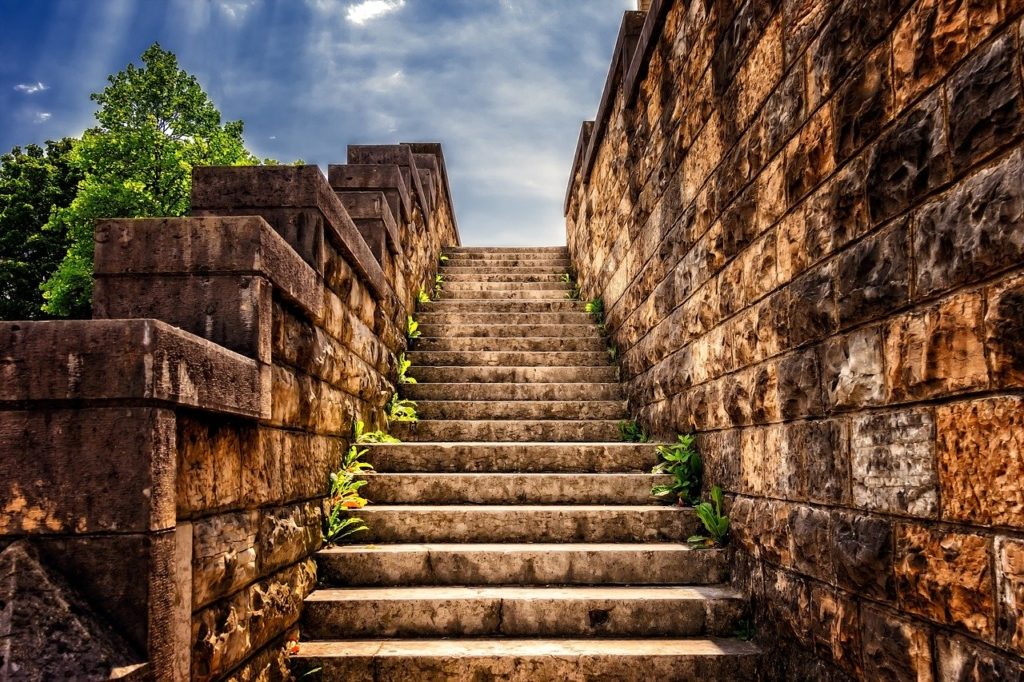 Mating the Lone King Pt. 1 – The Staircase [Checkmate with 2 Queens/Rooks]

Checkmating is the single most important task in a chess game. [What’s a checkmate?] But if you don’t know the common mating techniques, it’s almost impossible to win even if you’re up oodles of material. In this article, we will cover the simplest checkmates – those against the lone King. By lone King, I mean your opponent only has their King left, and you only have a king plus another piece (or two).

So, which pieces can checkmate the lone King?

While this list might appear daunting, learning these techniques is actually a piece of cake. In Part 1, we will cover the first 3 checkmates above with a technique called the “staircase” (also known as the “steam roller”). Next article, we’ll cover the “Box” method to checkmate with a Queen or Rook.

The staircase is used for 2 Queens/Rooks or Queen + Rook vs. Lone King. It makes use of the fact that the Queen and Rook are long-range pieces and can cut off files from the enemy King from a distance.

The goal is some version of this checkmate – one Queen/rook traps the enemy king on the side while the other delivers the fatal blow.

Now that you know the end goal, your job becomes surprisingly simple:

You can see why it’s called the staircase: your rooks look like they are walking up an imaginary staircase! Some also call this the steamroller because your pieces proceed with implacable force, ruthlessly pushing the opposing King to his doom.

Note: The only difference between 2 Queens and 2 Rooks is that the enemy King can attack the Rooks. When it does, swing your Rooks to the other side of the board.

This section is to prove that you cannot force mate in the following 3 situations (just in case you didn’t believe me).

This is the easiest to demonstrate. With a pawn you simply don’t have enough firepower to checkmate. There will always be an escape hole for the opponent’s King to get out.

Similar to the pawn, a Knight or Bishop cannot checkmate because there will always be an escape square for the King.

Don’t count on winning with 2 Knights. Remember, you cannot force the King to step into the corner – he has to make that mistake.

The way to win at chess is to steer the game into one of the checkmating patterns you know. For example, if you know how to checkmate with Queen, then trade into an endgame where you are up a queen.

That’s it for now! Now go practice the staircase. Also checkout “Mating the Lone King Pt. 2” where we’ll cover “The Box” to checkmate with a Queen or Rook.

Image by Peter H from Pixabay