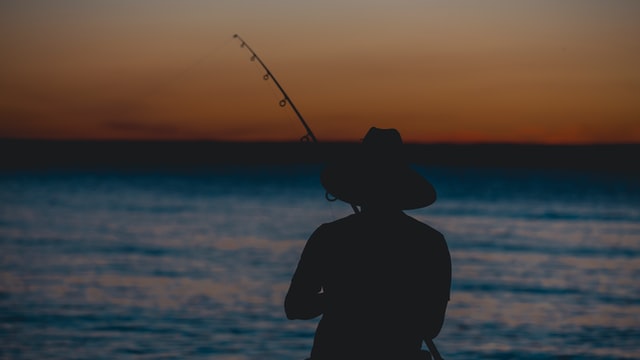 Think of a rat trap. It has scrumptious cheese to lure an unsuspecting rat in. Once it’s inside, the gate snaps shut and the poor rodent is caught!

Decoys work in much the same fashion. You lure a piece onto a particular square where you spring a trap on it.

The “trap” is another tactic that either wins the decoyed piece outright or wins another piece through a skewer, fork, pin, etc. Additionally, you can have a ‘decoy checkmate’!

Here is an excellent video giving several examples of the decoy.

The most commonly decoyed pieces are Kings, Queens, and Rooks. We will discuss each of these in great detail.

Decoying Knights and Bishops is rarer because you often must sacrifice some material in the decoy so the payoff isn’t as high. (Unless you can recoup additional material through something like a fork).

Decoys in the Endgame

Kings are most commonly decoyed in the endgame because that’s when they are out and about. In pawn races, a King can be decoyed onto a square where a skewer will win the newly promoted Queen.

Here is a typical example of this common type of decoy.

Another common endgame King decoy is

Checkmating decoys are rarer but lead to spectacular mates that could make women and children weep and grown men cry for joy. Perhaps the most famous decoy checkmate is the queen sacrifice in Petrosian v. Pachman, 1961.

When you decoy the queen, you intend to capture her majesty! This can be done through a Royal Fork, Pin to the King, or entombing her. The following 3 examples are from my own games.

These are a couple examples of entombing a Queen (although they have nothing to do with decoy sacrifices :P).

Be careful if you try to entomb the Queen! Because she moves in so many directions, she can easily slip out of the trap.

By now, you’re probably very familiar with the decoy: 1] lure piece onto square 2] spring a tactic to win it, other material, or checkmate. Thus, I’ll skip over this section a little as the patterns are very similar to the ones above. With a rook, you generally try to pin it or fork it.

Very simply, the difference between decoys and deflections is that in a decoy you want a piece to move onto a square whereas in a deflection you want the piece to move away from a square/defensive task.

Check out the previous article about deflections!

Hopefully you learned more about decoys and how to use them in your own games. If you’d like to see more stellar sacrifices, check out the best games by master Teichmann, who popularized the saying “Chess is 99% tactics.”